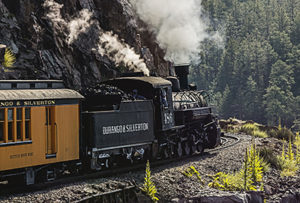 From a childhood fascination with the medium of photography to a reputation as one of the most consistent and respected landscape photographers in the industry, Ian Ely has been in pursuit of Mother Nature his entire life. Sometimes he gets there, sometimes not, but the one constant in this driven photographer’s life is the motivation and spirit to keep trying.

Ely’s passion for the outdoors developed over a childhood spent exploring his home state of California, punctuated by family road trips and wilderness camping in the Midwest. The true catalyst for what was to become his calling was his experience as a young boy traversing the mountains of Colorado aboard a backcountry steam train. At the time, Ely was so struck by the powerful beauty of the wild, unfettered landscape it made an indelible and enduring impression on his young sensibilities.

At the age of 10, he funded the purchase of his first camera by selling magazines and the building blocks of what was to evolve into his brilliant career were set in place. It was around this time he also began collecting postcards from around the country, which fed his enthusiasm for the photographic landscape image and became a defining source of his childhood aspirations to become a professional. Those images were his ‘happy place’ and, despite sharing a bedroom with three boisterous brothers, the world he created around his little corner of a bunk bed sustained the dreams of the life he envisioned for himself. Ely still has that original boyhood postcard collection and now, many years later, has visited around 90% of the locations – capturing his own depiction of the places that instilled in him such a lasting connection with nature.

Without the luxury of digital technology, the young Ely spent all his chore money on film for his camera. At that time, every click of the shutter cost him, so this early training afforded him the discipline to develop his technique and attention to detail.

After high school, Ely worked for a time with his father in the construction business. Although he always knew a life constrained by rules and time clocks was not for him, his experience in the industry proved valuable when it came to building his first gallery.

Fueled by his parents’ mantra that the best way to do something is just to do it, and that “can’t” is an unacceptable word, Ely eschewed a college education and jumped feet first into his photography career with no formal training. To this day he is completely self-taught and has never even read a book on photography. His entire repertoire of skills is based on talent, practice and hard work. In 2015, Ely’s magnificent image of Grewingk Glacier in Alaska, “Crystal Passage”, placed first in the International Photography Awards – a fitting testament to his unwavering commitment to the development of his craft.

For the majority of his early career Ely spent much of his time traveling the country to promote his work at art shows, attending back to back events and rarely allowing himself more than three or four weekends off a year. Combined with the time spent shooting on location, he became accustomed to long periods away from home. While establishing his name was a long and arduous process, those years on the road afforded him a vital insight into the fine art photographic market, and the freedom to explore some of the most spectacular locations in the country.

In 2016, Ely chose the upmarket seaside community of La Jolla, in San Diego, as the site of his first eponymous gallery. While it was a massive financial and emotional undertaking to put down roots into bricks and mortar, it was also a measured decision that has been upheld by the gallery’s instant and overwhelming success.

Never a man content to coast on the strength of his own accomplishments, Ely’s intention is to open 10 galleries over the next decade, located in strategic sites throughout the USA. And, in typical Ian Ely style, to those who may think he “can’t”, his answer is always, “just watch me”.

The art of landscape photography is a natural fit for Ely and his desire to share the deep connection he feels to the land with others is palpable. To those who view his work, it’s clear the man behind a lens that captures such heartfelt and evocative images has something more than simply technique and talent at his disposal.

In the end it comes down to vision, determination and a desire to create a legacy, but Ian Ely chooses to sum up his life’s work in a far more modest way. “We all have a job to do, and mine is to capture perfect moments”.